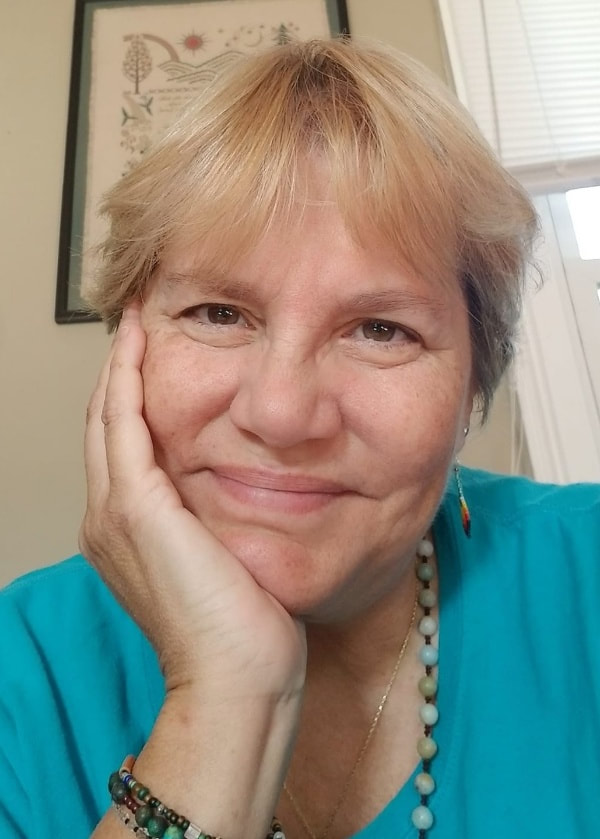 The Rev. Eunice Dunlap has joined St. Catherine's as our first full-time vicar.  She grew up in Chelsea and Greenwich Village in New York City. As a child she attended St. Luke’s Episcopal School in Greenwich Village learning about the love of God through their daily worship services, through working with the Episcopal nuns on campus, and through singing in the choir, and serving as an altar girl.

Through her choir director at St. Luke’s, Eunice was referred to a singing coach at the Julliard School of Music and even participated in a couple of operas in the children's chorus at the Metropolitan Opera. As time went on she worked in various advertising agencies in New York while continuing to grow in her relationship to God through prayer, meditation, and study. Eunice married in 1984, and the couple moved to Maine to raise 3 fine young men, the oldest, Kagan who is 36 and serves with the Marine Corps, The middle son, Trevor is 32, and a fourth grade teacher and the youngest son, Stuart who is 27, was a Marine and has now gone back to University to study nutrition. Eunice finished her B.A. through the State University of New York, her M.Div. through Bangor Theological Seminary, her Anglican Diploma at Virginia Seminary and has completed The Living School program with leaders Richard Rohr, James Finley and Cynthia Bourgeault. Eunice also completed a Spiritual Direction Certificate at the Pecos Benedictine Monastery in Pecos, New Mexico.

Eunice worked as a licensed minister in the United Church of Christ through the Maine Seacoast Missionary Society for 3 ½ years. However, she missed the Episcopal liturgy and in time she and her family transferred to the Episcopal Church. Later the family moved to North Carolina to escape the long cold winters of Maine where Eunice later worked as Formation Director for both Adults and Children at Christ Episcopal Church in New Bern and Assistant Rector at St. James Episcopal Church in Hendersonville.  After divorce, Eunice served as the Assistant Rector at The Episcopal  Parish of All Saints' Church & St. George's Chapel in Rehoboth Beach, DE and joins us from there.

Eunice comes to St. Catherine's excited about the potential for Episcopal ministry in the Pee Dee. Eunice loves to spend time getting outdoors, painting,  studying topics in spirituality and going for walks with her dogs.
​